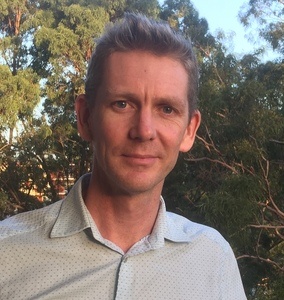 Becoming one of the worlds youngest luxury mega yacht captains at the age of thirty, Scott Bartle had hosted some of the world’s wealthiest clients including princesses, celebrities and uber-wealthy, aboard multi-million dollar yachts in over 40 countries. Scott headed ashore in 2009, returning to mining projects in his native Western Australia. His degree in Project Management saw him involved with multi-million dollar projects for some of Australia’s mining giants.

Scott experienced a turning point in his life when importing his “1st wife”, a five year project close to his heart, the immaculate remodel of his now infamous 1959 Corvette into Australia. This lead to a domino effect of truths, well, really deceptions, regarding corporations posing as the world’s governments. Scott subsequently wrote, edited, and directed the documentary, What The FUQ – Frequently Unanswered Questions of the “Australian Government”, which has now been viewed both on YouTube and free-to-air television stations by approximately .5 million people globally. Scott became well-known throughout Australia from that documentary, as well as his Australian talking and media tour presenting topics such as the abrogation of free will, individual rights, Banksters and corporate government. He has been interviewed on radio, TV and internet in Australia, Sweden, New Zealand and the USA.

Pivotal turning point number two came December 2013 when Scott accepted an invitation from Deborah Pietsch to journey to Mt Shasta, CA, in the U.S. to participate in a month of spiritual transformation. What began as one month turned into three, which turned into their marriage. They are now business and spiritual partners! After experiencing the energetic Activations and clarity of telepathic communication that Deborah brings forth, Scott expanded his spiritual knowledge and acumen to an entirely new and “cutting-edge” awareness. Through his transformation of deeply spiritual experiences, as well as healing past wounds and fragmentation thwarting his expansion and ascension, Scott shifted gears from the document writing he was doing previously to a much different approach and perspective of how to “shift the Matrix and awaken people to the truths of the Matrix.

Combine Scott’s transformational experiences with his knowledge of, and exposure to, the Enslavement Matrix, the abrogation of free will and the nefarious actions being utilized to control and disempower humanity, he’s a force to be reckoned with! Scott coaches people, men especially, in understanding the different components of awakening and the importance of reconnecting with our hearts while maintaining the balance of the masculine and feminine. Additionally, during these challenging times, Scott assists people in identifying the domino effects of the nefarious acts perpetrated upon humanity and people’s daily lives.

As Way-Shower teachers, producers and media hosts, Scott and Deb teach people how nefarious aspects of the current reality (aka the Matrix), are affecting their daily lives. Together, they’ve spoken at the 2014 Conscious Life Expo, have hosted several episodes of “Wake Up..Shift Is Happening TV”, and were guests on Sean Stone’s Buzzsaw in 2014.

They have been working “behind the scenes” from January 2016 until April 2018. Their newly launched www.TranscendTheMatrix.com, will have iTV shows, new online & offline retreats, new teachings, tools, Activations and more. They travel to and from Los Angeles, CA -the belly of the beast of Hollywood – to turn up the volume of LIGHT in the entertainment industry, which is Deb’s roots. Scott is available for interviews, coaching and speaking engagements.

Don't get stuck in a rabbit hole - Transcend The Matrix -