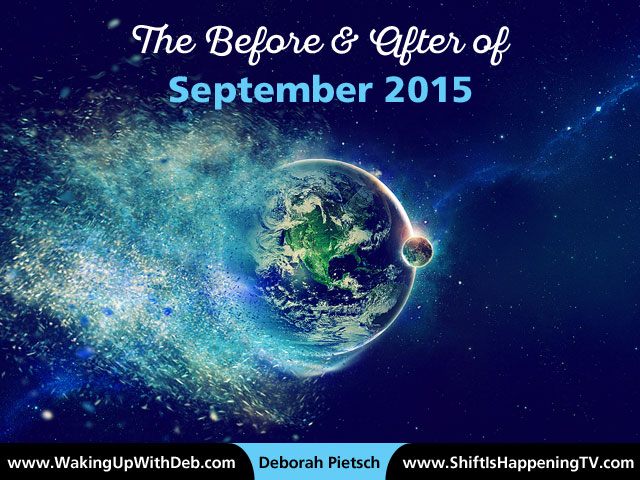 ​Video, Video Transcript & Contents Timecode Below
​There is a Contingency Plan in process of more Divine Light being brought through as part of the Intervention to support humanity’s restoration. We are swimming in UNCHARTED TERRITORY because so many aspects of Free Will have been dismantled and overridden. Therefore, we are working multi-dimensionally on a collective Plan to support humanity in being able to come back to a level playing field with their own Divinity, as well as abilities to create reality that is alignment with their heart’s desires.

Excerpt from video:
Now we are so far off the mark of where we were “ meant to be” in the trajectory of our Awakening and Evolution, that what my Team is saying, my Multi-Dimensional Team, is that we are to expect the unexpected and to pay attention to everything. There are going to be very significant signs, not only of Earth changes, but also the way people are acting in their daily life. I am hearing the words, "There is going to be a lot of people popping off in ways that they don’t normally’ , because of so much, and so many of our day-to-day interactions and emotions are contained in a controlled, maybe a controlled façade. And this is everybody, from the global leaders all the way down to your local mail person, or at the grocery store. And what I started being told a couple of months ago is that there, because this VIBRATION OF LIGHT is coming through. And I will share this more in the God Wave information, specific God Wave information.

​**Remember that this is Experiential & Transformational Media - your engagement is active, not just passive! 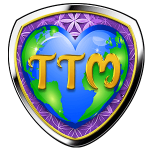 ​It Starts With Integrity...

​Get the ​Seal of Integrity Activation & Teaching Tool #1: Loving, Honoring & Knowing YourSelf

Remember - We Are In This Together! AND The Most Important Relationship is a Loving Relationship with YourSelf!

Thank you for engaging, I am Deborah Pietsch and we are going to talk about the God Wave and most specifically, the Before and After of 2015.

Now even in the past when I had come out a couple of years ago, three years ago basically with a show, and when I started to bring more information out to people, one of the things that I did not do, was publicly Channel and I did not bring any type of “predictions” or future HAPPENINGS. There is a couple of reasons for that and I want to presence these reasons:
One is with the Channeling. I wanted to make sure before I started bringing things out to the public that I was very clear, my own filters as well as interference and infiltration and gather that information with confirmations and evidence.

Ok So, with that said, the other aspect of this is that ‘not making predictions.’

My awareness and this is now for several years is that we are in uncharted territory. There is no way that anybody can predict anything and I want to say this as an overall warning sign and red flags, because we have been so in inundated with this information and mis-information especially in the last four or five years and I do believe, not with malicious intent, there have been a lot of the channeled messages out there that basically are NOT CLEAR and what is important for you as a person who is engaging with this information, is for you to really have a high level of discernment and so the reason I am talking about the predictions is that if anybody is writing, speaking or talking about ‘this is the way it is going to be’ and that is a RED FLAG.

‘it is going to be this way, this many people are going to do this, this is what is going to happen.’ I am just going to say from a very grounded place, please put on your discernment hat and that’s a cause for ALARM because nobody can predict what is going to happen now. If you look back over the last several years, how much of what has been channeled and talked about has actually came to fruition? Because a lot of it is very ‘vanilla’ and has wanting people to believe in what is the ‘happily ever after’, for the most part. I want that happily ever after too, but what I am committed to bringing forth is more of ‘where are we in the journey’ of that happening in that ‘Happily Ever After Experience?’

And so this subject of September 2015 is the first time. I have gotten such strong Guidance with this with the private groups that I am working with, that I started sharing this information back in June 2015, such strong Guidance to share, that basically we are about to experience something that most people are either not prepared for and this energy of this God Wave, Gamma Wave of Energy that is to be further popped through, after, during the Equinox of 2015. So that is September 23, 2015, literally right now, today when we were doing this video. It is that this energy that is about to pop through, is not a portal of one off, it is a Wave of Energy that is going to increase Light vibration; Increase, Increase, Increase.

Now we are so far off the mark of where we were “meant to be” in the trajectory of our Awakening or Evolution that what my team is saying, my Multi-Dimensional team, is that we are to expect the unexpected and to pay attention to everything there are going to be very significant signs not only of Earth changes, but also the way people are acting in their daily life, I am hearing the words, ‘there is going to be a lot of people popping off in ways that they don’t normally’, because of so much, so many of our day to day interactions and emotions are contained in a controlled, maybe in a controlled facade and this is everybody from the global leaders all the way down to your local mail person or at the grocery store and what I started being told a couple of months ago is that there, because this VIBRATION OF LIGHT is coming through and I will share this more in the God Wave information, specific God Wave information.

I just want you to ENVISION is that this is the HEART of Mother Earth ACTIVATING. That is the interior energy, then there is the exterior energy and so we have an inundation of LIGHT and so one of the things to be AWARE of as that occurs, those shadow aspects of not only our Self as microcosm of the macrocosm are going to start to REVEAL themselves, they are going to start to be pushed to the surface just like muck at the bottom of a lake, when you agitate it, churn it up, but this is also going to play out in the macrocosm where all or many of the shadow aspects of our existence that have been insidiously held behind closed doors. All the meetings, all of the agenda, the main stream media etcetera are going to start to be revealed, because they can’t be controlled and contained within this LIGHT there is science here. There is Quantum Physics, there is Quantum Fields, Unified Fields and there is the LIGHT Energy and so what is being talked about, or what I am being asked to share is for YOU to really begin to SEE the SIGNS of this Shadow Storm.

Now, that was the word they gave me a couple weeks ago, ‘Shadow Storm’ and I am going to actually add a little flair to and what I am starting to say. There is a potential you are going to experience your own shadow storm and there is potential that you are to experience a Shadow Shit Storm basically around you, and I will also share at this time, we are already starting to see it in different ways and I will talk about that in another video, some of the examples and the ways that this Before and After September 2015 could start to look.

One of the things that my Guides have said, our team has said, is especially if you are in a large city, or a city environment, be very AWARE of the possibility, that especially in the States, there is an entire Grid of Energy on the States that is being DISMANTLED, but for the moment we may be seeing a tremendous amount of CHAOS as the upheaval of this deception is revealed in the microcosm individually, as well as the macrocosm of Mass Consciousness. Be aware of the POSSIBILITY of the hostility, violence, things like that and just maneuver in a smart way. Bring through the WISDOM, gather this information and then engage your wisdom to make choices in your day to day life, if this resonates with you and if you start seeing the signs.

Alright, Thanks for engaging this is the beginning of information regarding the Before and After September 2015 and remember we are in this together.

Video: Divine Intervention Via GodWave ~ But YOU Must Engage with the Energies

Previous Post Waking Up With Deb Newsletter ~ Sep 22 2015 Next Post Video: After JFK Our Reality Trajectory Was Altered

New Video From Deb~Build It, They Will Come Great Awakening Global Community~You’re invited
May 11, 2020
“I AM” by Kaleb Searcy & Jon Pupillo ~ Deeply Powerful & Moving
May 11, 2020
Breaking! Deb & Scott Live on RedPill78 Friday, May 1st ~ Coming Back Into Public After Several Years of Intense Behind the Scenes Work!
April 28, 2020