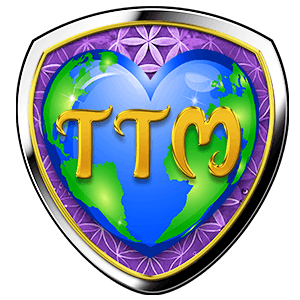 Calling Back Your Life Force Energy

​1st HALF: Expert Roundtable that will blow your socks off! Powerfully creating awareness, decoding the symbology, empowering you with information & insights and connect dots you may NEVER have thought would be connected or have any bearing in YOUR daily life.

EXPERIENTIAL HALF TIME SHOW: Deb & Scott will Clear the Field, as we each stand in our I AM Presence to Transmute & Neutralize the sinister intended energies. Deb will Activate Heart Chakras & I AM Love codes. Introducing the “Freedom Patch”. John will lead us in prayer. We will stabilize a New Earth Unified Field: “Earth is planet of Love & only Love!”

​2nd HALF: Hold the Unified Field of Love on your own. Close roundtable conversation.
Follow up broadcast to decode, decipher & identify the Super Bowl Half Time Show with excerpts from the live event.

Get notified on LIVE SHOWS & Updates

Scott Bartle: writer and producer of “What The FUQ – Frequently Unanswered Questions of the Australian Government” who together with Deb has been creating, fortifying and Activating a Unified Field for the New Earth Reality.

Jamie Hanshaw: Author of Weird Stuff ~ Operation: Culture Creation she is knowledgeable of the Bible, the life of Jesus, Islam, Satanism, Mormonism, Exorcism, and other isms.

John Ramirez: trained as a satanic cult high ranking priest in New York City, John is the author of Out of the Devil’s Cauldron: A Journey from Darkness to Light and more. [Edit: was not able to participate on the day]

Sarah Adams: targeted for her psychic abilities, she is a professional astral traveler, lucid dreamer and realm walker. She decodes films, symbols and events.

Patrick Henningsen: is a writer, investigative journalist, and filmmaker and founder of the news website21stCentury Wire.com. He has appeared on RT news and has also written for the Guardian.co.uk,GlobalResearch.ca, and Infowars.com.

Deb's hubby, spiritual & business partner. Professional rabbit hole diver on the Enslavement Matrix bringing simple explanations to the deception and distraction keeping us from ascension. Creator of What The FUQ documentary.

Wake Up Shift Is Happening TV – EP#17 Unpacking The Fakery