iTV show video below.  Join host, award-winning producer, Activator and telepathic communicator, Deborah Pietsch as she relaunches her iTV show, “Wake Up… Shift Is Happening!” after going dark 3 years ago. Those years were spent working ‘behind the scenes’ to figure out how and why humanity’s Great Awakening went into such a downward spiral. Strategizing multi-dimensionally with the Beings of Light that are supporting humanity in our evolution, she now breaks her silence to share the discoveries, solutions, tools and a Contingency Plan to transcend and ascend from the Enslavement Matrix.

This maiden voyage show #1 is a combination of the overview of this Contingency Plan and:

• The disclosure that Jack Kennedy (JFK) has been communicating with her since August 2013 as part of this Contingency Plan for Project Restore Humanity
• How you can prepare for Jack’s very potent transmissions and Activations From Beyond the Veil
• Personal shares from three of her Activation clients about their profound transformation – revealing what’s possible with alchemical transformation
• Patty McPeak aka “Nana”
• Lisa aka “Pixy Winks”
• Sean aka “Awake-in-3D
• And the Free Gift to Humanity: Melchizedek’s Coded Message and Flower of the Life Heart Chakra Activation
• Free Gift available by registering at http://WakingUpWithDeb.com 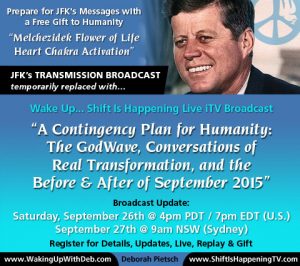 Deb begins discussing many of the aspects of the very effective “Designed Assault Against Humanity’s Awakening” that have affected people’s daily lives, as well as the reality trajectory shifts that immediately occurred upon JFK’s assassination and the world event of 9/11.

She also begins to lay out the many solutions and tools that are in place and being put in place, both on a macrocosm level and microcosm level to support with the transcendence of this duality reality … including the Activation of a New Earth Unified Field of Reality that started to be defined and being Activated through her and her team on May 5th 2012 – 555.

The energy is potent, the information unique, refreshing and deeply profound. You won’t want to miss this one! 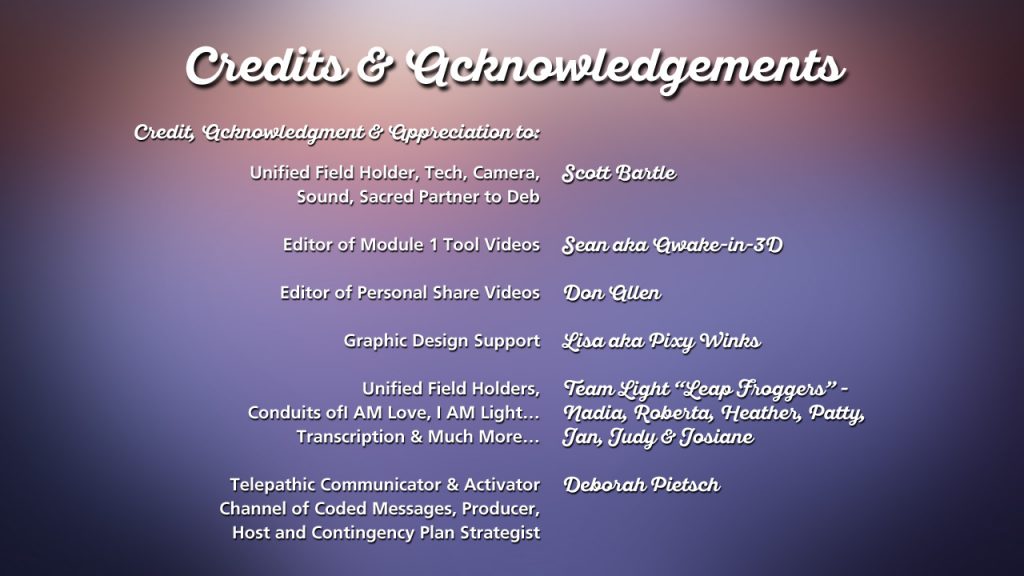