Hello Beautiful Being of Love!

Sorry for the delay in getting something out to you… it’s been a bit of a whirlwind since the last iTV show and the 3 GCR back to back calls that I did. If you didn’t get a chance to tune in to those calls, then I invite you to do so… I covered a lot more than the GCR (Global Currency Reset) and the Activations were really geared towards you Activating and stabilizing your energy and thoughts FOR and WITH the New Earth Reality. 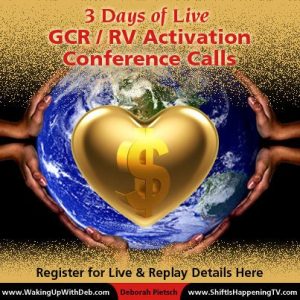 We also did something different during these calls and actually took live callers. I tuned in with some of them and shared some very pertinent information to assist you with your day to day life … there are some wonderful golden nuggets from these real time conversations and “tuning-in” with people’s Higher Selves in the moment … that easily can apply to you and your life.

All of the GCR calls (which will be turned into videos in the next couple of days and then also available on the YouTube channel), are available via the www.WakingUpWithDeb.com website – on the right hand side of the homepage. Until we have the Wake Up… Shift Is Happening! iTV show website revamped and up and live again, then all content will be temporarily be available on the www.WakingUpWithDeb.com website.

Another reason that it’s been a bit of a whirlwind is because I got the guidance to get myself on an airplane back to Los Angeles (with about 5 days notice) a few weeks ago. I landed on Friday, October 30th and “hit the ground running” with the 3 back to back GCR Activation Conference Calls… jet lag and all… but the calls and Activations served several purposes – and part of that was to powerfully and 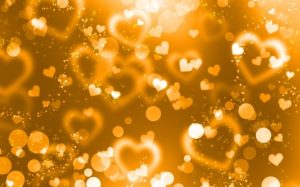 Feel YOUR Heart of Gold Vibration and Frequency collectively Anchor and Activate the Unified Field of the Global Currency ReSet on American soil. Part of it had to do with transmuting energies practiced during Halloween, by those that don’t want humanity to expand and break free from the enslavement matrix and part of it had to do with your individual Heart of Gold being Activated to Align with the vibration of GOLD – which the newly backed currencies WILL be… taking us back to JFK’s intentions and trajectory of reality that HE was committed to for humanity… more to be shared about this in a few days…

The other BIG reason for the return to Los Angeles was to start having Hollywood / entertainment industry re-entry meetings. It’s time for me to come back into alignment with my Soul Matrix Destiny of bringing a substantial amount of LIGHT into Hollywood – media, entertainment, films, television and more… so let the games begin!

This past weekend was a doozy energetically… how were you affected energetically – if at all? Did you feel “out of it”, or a need to sleep a lot more than usual? Were you getting information or insight about the dismantling of the old paradigm?

I’ll be announcing a way for you to have daily access through a private group.

Additional tools will be made available in the next week(s)

“Ask Deb” column / blog for you to send in your issues, questions etc. that you’d like me to tune-in and share insights from me and beyond me!

Announcement of the first stand-alone JFK Transmission date will be given in the next week or two.

What’s absolutely imperative at this time, is to understand that just about everything that is occurring and being revealed “doesn’t meet the eye”… meaning there’s hidden agendas AND many agendas happening with many of the events that are unfolding… There is more than one perspective… and it’s important that we each can see all of the perspectives with an open heart, open mind and NO judgement but yes discernment… AND be willing to look beyond the myopic picture and be aware of the bigger / macrocosm picture that is being revealed… as well as not be lead by one person”s / one group’s / one country’s / one media network’s version…

I’ll leave it at that for the moment, but please think about this… what if your energy of “shock, horror and sorrow” at this kind of event is “being used against your awareness or your Free Will” to further energize the Hidden Hand agenda behind each of the events ? What if ? What if ? What if ?

One thing is for sure …
“We’re not in Kansas anymore, Toto”!

Here is some reading that I’m suggesting you engage with… what does any of this mean to you? I will tell you that I received a communication on Sunday from my Guides that it was time to “dismantle the Jesuit” energy matrix… that this group was at the top of the power ring of “crimes against humanity”…

Why is one of the most talked about terrorist / military groups talked about called ISIS – the name of a well-known GODDESS of Egyptian times? Now anytime someone hears the word ISIS they think about terror or terrorist or threat or fear… instead of the GODDESS ISIS — connecting the dots of further dismantling the DIVINE FEMININE…

As to why the name of the city was thought to have come from this Egyptian goddess, we have, for instance, the writings of a 14th century Augustine monk, Jacques le Grant, who claimed that:

“In the days of Charlemagne (8th century AD)… there was a city named Iseos, so named because of the goddess Isis who was venerated there. Now it is called Melun. Paris owes its name to the same circumstances, Parisius is said to be similar to Iseos (quasi par Iseos), because it is located on the River Seine in the same manner as Melun.”

In 1512, the French historian Lemaire de Belge reported that an idol of the goddess Isis had been worshipped in the Abbey of St. Germain-des-Pres in Paris . The same curious belief was also reported by contemporaries, notably Gilles Corrozet, the first historian to produce a comprehensive guide for the city. In 1550 Corrozet published a history of Paris titled Les Antiquitez, Histoire et Singularitez de Paris, in which he wrote:

“…coming to the imposition of the name (of Paris), it is said that there, where stands St. Germain-des-Pres was a temple of Isis of whom it is said was the wife of the great Osiris or Jupiter the Just. The statue (of Isis) having come in our times, of which we recall… This place is called the Temple of Isis and, for the nearby city, this was called Parisis… meaning near the temple of Isis.”

Then there’s the OCCULT perspective

And then there’s this perspective…

French Government Knew The Terrorist Attack Would Happen In Paris:

IF you’re not learning how to:
1) Clear Your Field of all of this…
2) Activate your Heart Chakra with the Flower of Life…

Then you’re not engaging with, what I feel, are some of THE most imperative foundation tools for moving forward (with your awakening, transcendence of the old paradigm and ascension) on the planet right now…

Humanity is at Choice Point… You are at Choice Point… in order to TRANSCEND this DUALITY REALITY it’s imperative for you understand the game you’re in … to understand HOW to NOT allow your energy to further fuel the fire of this enslavement matrix… and everything I’m sharing plays into that intention… in order to RISE from the ashes of the old paradigm you must be willing to dismantle from it … to dismantle, disengage and stop engaging with everything that does not serve your Highest Good… so I’ll leave you with this… where are you extending / putting your energy ?

And…Remember…WE ARE IN THIS TOGETHER 🙂 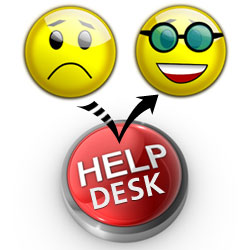 May your heart be filled with the vibration of LOVE, JOY and WONDERMENT as we move through this SHIFT of the AGES!

I AM Love and So Are You!

New Video From Deb~Build It, They Will Come Great Awakening Global Community~You’re invited

April 22, 2020:Celebrating Our Take 2 Re-Birth of Transcend The Matrix on Earth Day